The subject of the tender is the sale of 17.03 million shares of Luka Bar, or 30 percent of the share capital currently owned by the Government of Montenegro, with the obligation of the buyer to submit and implement a mandatory investment program.

“Buyers will be offered the right to manage the property for up to a year, and also, the possibility of acquiring additional shares through recapitalization or sale of shares at a price defined by this tender, if the buyer meets the indicators specified in the contract documents”, said the tender invitation.

The tender is open to all interested stakeholders, including consortiums, who have purchased the tender documentation, signed a declaration of confidentiality and who comply with the relevant requirements of the public invitation.

“The tenderer must prove that he is registered in accordance with applicable regulations and that he has experience in the field of port activities of at least three years preceding the public invitation”, said the invitation.

The bidder must also demonstrate that in the last financial year, he had a total turnover of goods from port operations in the volume of at least five million tons – for which he had a turnover of at least 25 million euros.

Fulfillment of the qualification terms will be evaluated upon the receipt and opening of bid packages.

Bids should be submitted by noon on December 1st.

With the offer, the bidder must also pay a deposit or submit a bid bond in favor of the Council in the amount of 200 thousand EUR – in the form of an unconditional bank guarantee, payable on first demand, issued by a bank that has a credit rating of at least BBB by Standard and Poor’s Agency, or a bank approved by the Tender Commission in its sole discretion, upon prior written request.

Owner of Uniprom company, Veselin Pejovic, and investors from Poland earlier announced that they are interested in participating in the privatization of the Port of Bar. 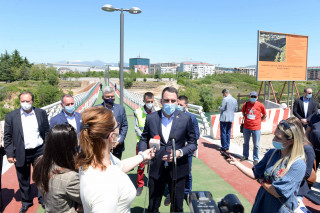