“I inform the Montenegrin public that I have decided to submit my irrevocable resignation from my position as TVCG director. This is my personal decision and my personal contribution to finding a way out of the situation Montenegro is currently in”, Rutovic said.

She hopes that her resignation will remove the last obstacle to reaching a political agreement and a part of the opposition’s smooth entry to the government and other institutions.

“In doing so, I believe that conditioning of signing the agreement with my resignation as well as ‘crying in chorus’ for changes in the public broadcaster by of Ranko Krivokapic and knights from other parties, who agreed to be part of his political entourage, will not cure anyone’s vanity”, Rutovic added.

She does not believe that her resignation will make up for the lost electorate of the main political initiator of unprecedented and inappropriate political pressures.

“Ironically, the chase dubbed ‘Strengthening the Democratic Processes in Montenegro’ has been led for months by a man who has usurped in the most unscrupulous way the Parliament he has chaired for nearly 15 years – the man whose political behaviour represents the most picturesque example of non-compliance with the basic principles of parliamentary democracy. In the name of democracy, the self-proclaimed Churchill of Montenegrin politics and his political partners without electoral legitimacy are crushing basic democratic standards in the most blatantly way”, Rutovic said.

As she said, it will be interesting to see who will be the culprit for a new series of political defeats of the “defender of the parliament speaker’s chair and former self-proclaimed president of the Northern Hemisphere, the current OSCE’s emeritus”, after the first accused Rutovic.

“By the act of resignation, I and my editorial team show responsibility towards the state of Montenegro and its democratic processes”, Rutovic stated.

The Montenegrin government is also responsible for the political trade with the thing that must not be a subject of a trade in the political world – independent institutions, particularly public broadcaster, since the government received support of the voters to be a protector of the Constitution and law and democratic institutions, and not to accept their undermining under the political blackmail.

“Gentlemen politicians, it will remain in the collective memory that this kind of political persecution against TVCG’s editors is a precedent in modern times. Improper political principles on the one side, and agreeing to it on the other side, undermined the idea of ​​institutional independence of the public broadcaster, which is contrary to European values ​​and acquis – the values Ranko Krivokapic, the chief mediator and organiser of the political and media pressure, is vigorously fighting only in protocol occasions”, Rutovic said.

“Particular regret remains because the unprecedented campaign against the public broadcaster’s editorial policy was not only idly watched, but occasionally fuelled and encouraged by the Council of TVCG, which is supposed to be the first and last line of institutional protection of the public broadcaster. Apart from me, Aleksandra Pavicevic and Vesna Teric as a part of the editorial team, the three women, submit their resignations as a sacrifice. We hope that in this way, we will reconcile the irreconcilable and open a space for an agreement on terms of the upcoming parliamentary elections, at which Montenegrin voters will certainly know to determine everyone’s political level. We are remaining faithful to our profession and our Montenegro”, said Rutovic.

Rutovic’s resignation means that the government and the opposition may finally sign what they agreed related to the upcoming parliamentary elections.

It was earlier reported that Djukanovic agreed that the opposition should get posts of a deputy prime minister and four ministers, who will lead the sectors of finance, interior, labour and social welfare and agriculture in rural development.

The opposition representatives will also get positions of minister assistants in the ministries of health and education.

In addition, the opposition will have one representative in on the boards of directors the majority state-owned companies, including: the electric Power Company of Montenegro (EPCG), Airports of Montenegro, the Post Office, Montenegro Airlines, Plantation and Monteput.

According to the agreement, the elections are to be held on 9 October. 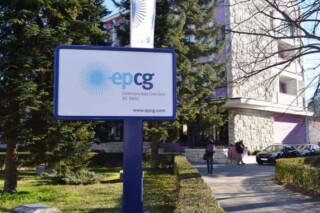 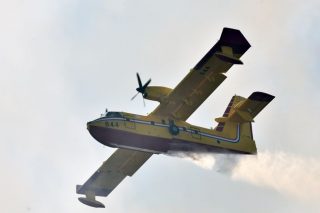 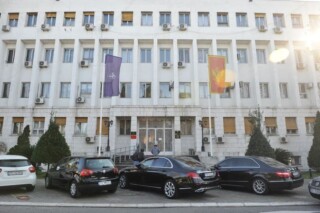