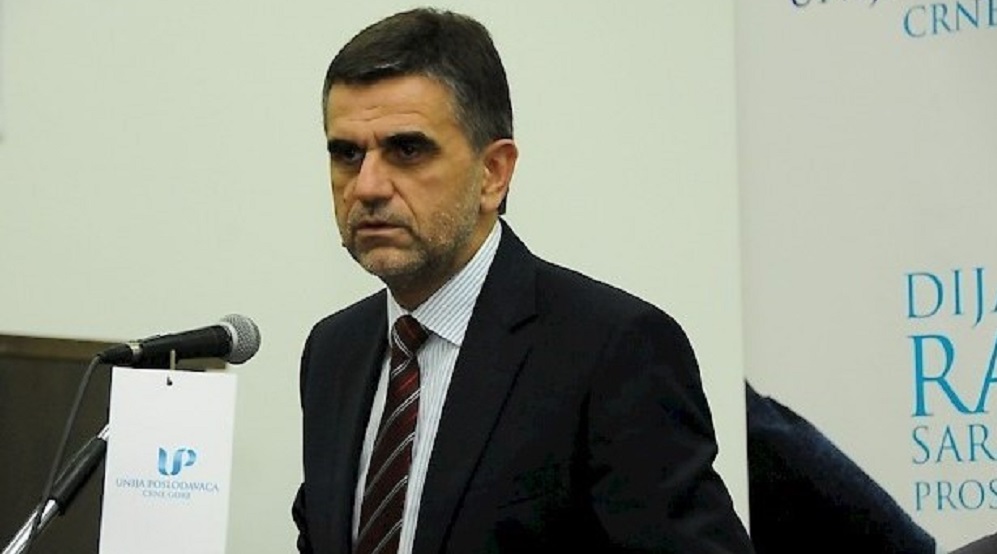 In an interview for Dnevne Novine daily, president of the Montenegrin Employers Federation, Mr Predrag Mitrović, says that employers now seek state guarantees on loans and amendments to the Labor Law.

“As for the third government’s package of economic measures, we expect that it will offer concrete models of direct and indirect financial assistance for the economy. The scope of our proposals is pretty wide, and aims to ensure state guarantees on loans granted to commercial entities who were prohibited from work, or whose workload was significantly reduced.”

-Key moments from the interview with Mr Mitrović-

VN: People in Montenegro are speaking a lot about ‘new reality’. What’s the new economic reality of Montenegro following the pandemic?

Mitrović: It seems to me that the COVID-19 pandemic has clearly indicated what your question implies in a certain way, and that’s the fact that the support to sustainability of companies and preserving jobs has no alternative. That is why I believe that today everyone understands much better all the appeals that the Employers Federation was constantly sending to authorities, calling on them to urgently adopt a solution that will enable the preservation of liquidity of companies and jobs. Needless to say, the economic situation in the country is difficult and unfavorable for both employers and employees. Even before this crisis, the business community struggled with a lack of liquidity, a large number of blocked companies and gray economy, and with that burden, not by its own choice, it was pushed into a new problem in mid-March, which resulted in a very worrying balance by April 30.

VN: These are the outcomes of a great research carried out by the Employers Federation?

Mitrović: That’s right. These are all the outcomes of the research conducted by the Employers Federation in the period from 10 to 30 April, along with the support of ILO and in partnership with EBRD, and if you ask me, they tell a lot about our economic reality.

Mitrović: One cannot expect to have his/her obligations fulfilled to the same extent as in regular circumstances. Now is the time to reset the economy and get it back in some way.

VN: What can the state do to reduce adverse effects of the coronavirus outbreak?

Mitrović: We asked employers in our research to estimate the drop in their companies’ revenues, assuming that the COVID-19 crisis would last by the end of June. More than a quarter of businessmen (27 per cent) answered that in that case the decline would be between 20.000 and 100.000 euro, and approximately the same number (26 per cent) said that the decline would range from 5.000 to 20.000 euro, while every fifth businessman (20 per cent) stated that they expected 100.000 to 500,000 euro drop in revenues. 11 per cent of businessmen estimated that their losses would exceed 500.000 euro.

VN: What should the third package of economic measures ensure?

Mitrović: It seems that these data themselves give an answer to your question about how fast and what kind of assistance our economy needs. Therefore, I will remind you that, regarding the 3rd package of measures of the Government, the Minister of Economy recently stated that it will not only have the function of recovery, but will also be of a developmental character. Earlier, the Prime Minister announced that he would find all the solutions that are strategically important for the Montenegrin economy, and that they are preparing it in cooperation with international partners.

VN: Can you be more precise? What should the third package of economic measures comprise?

Mitrović:  As for the third government’s package of economic measures, we expect that it will offer concrete models of direct and indirect financial assistance for the economy. The scope of our proposals is pretty wide, and aims to ensure state guarantees on loans granted to commercial entities who were prohibited from work, or whose workload was significantly reduced.

VN: Is this a proper time for lower taxes and contributions on personal incomes?

Mitrović: Of course it is. We need amendments to the VAT Law, and it would be good to start with this a.s.a.p, so for now, I’ll just say that the Employers Federation has already prepared certain proposals as long-term measures.

VN: Tourism in the whole world will suffer massive adverse consequences. Do you think that the promotion of Montenegro as the coronavirus-free destination would save our tourism? Will there be seasonal workers?

Mitrović: Although tourism brings Montenegro revenues exceeding 25 per cent of GDP, it will be very difficult to cover at least some canceled arrangements and events, and then attract more guests especially from countries that also record similar or higher economic losses. The promotion of our destination as a Covid-free zone sounds good when we look at such an idea from a marketing point of view, but we must be careful and aware that the effects of such a call may be contrary to current instructions and care of the Institute for Public Health to preserve the health system.

VN: Everybody’s talking about the restructuring of the Montenegrin economy so that it can be less dependent of tourism. What does that mean?

Mitrović: We have been explaining for years that tourism provides invisible export and it seems that the coronavirus has helped us finally understand that we can effectively link it to agriculture. On the other hand, the IT industry as well as all activities that rely on the use of new technologies require radical changes and rapid adaptation to the processes of digital transformation. Primarily, it refers to public administration, which must be fully digitalized and ready to, in addition to paperwork, initiate certain administrative cuts, which as a society we must also be ready for.

VN: Montenegrin Employers Federation initiated discussion about the abolition of Sundays-off and the public has reacted strongly. Why have you asked about it now, having in mind that the Constitutional Court has to provide its opinion on it?

Mitrović: The Employers Federation submitted to the Constitutional Court the initiative for assessing the constitutionality of Article 35a of the Law on Internal Trade on 1 August 2019. We won’t say anything more about this matter, as the competent bodies are now to solve this issue, but we’re open for dialogue with our social partners on this topic. 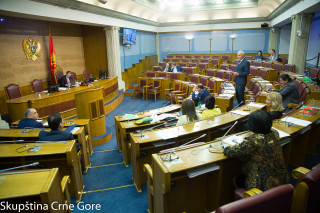 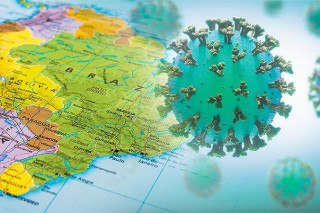