We should not be indifferent to any threat addressed to somebody in public service. URA held a press conference where it stated that its leader was receiving threats from a “regional criminal clan”. Mr Abazović has said recently that some local criminals have threatened him too. Monitor was more concrete about that, mentioning “kavački” clan. Police Directorate said after collecting relevant data that they had no information about Mr Abazović’s security being threatened but they called on those who had any such information to share it with the police. It would be good if URA was more precise about the identity of people who have been threatening Mr Abazović so that the whole society can stand behind him and thwart any attempt to jeopardize his security.

Future head of Mr Abazović’s cabinet, Mr Zdravko Krivokapić, has reacted to the information about his threatened safety, and so has his coalition partner, Mr Marko Milašić, who said in a statement that attack on Mr Abazović “is an attack on the entire parliamentary majority”.

We have already mentioned that Ms Božena Jelušić has criticized merging of four departments into one, denouncing this new ministry as “four-headed hydra”. However, Ms Jelušić decided to raise her hand for Ms Bratić after Mr Krivokapić convinced her that she is OK. There’s a little bit of levity in my words, but hypocrisy and willingness for compromise with the abnormal, as well as moral flexibility of Professor Jelušić are at enviable level.

Reactions from URA and other attacks on the prime minister-designate, who has been left alone, unwanted but still supported, have prompted me to write a column for CdM in relation to this topic.

Petition against merging departments and appointing Ms Vesna Bratić as Minister of Education, Science, Culture and Sport has 4000 signatures so far.

Radio Slobodna Evropa has provided an excellent review of public gatherings and their potential impact on public health and spread of the virus.

Supreme State Prosecutor’s Office and Police continue to quibble over who is responsible for the fact that no one has been punished for organizing risky public gatherings. After the reaction of Police Directorate, prosecutor’s office made a direct statement, harshly criticizing work of the police. Police Directorate responded by asking if prosecutor’s office suggests that application of coercion is better solution than sanctions. This is the first time I see such a direct public confrontation between the two institutions.

To Brussels first (Belgrade can wait)

As announced earlier by Commissioner Várhelyi, the first international visit of the new government will be to Brussels. Head of the EU Delegation, has officially called on Mr Abazović and Mr Krivokapić to visit Brussels at their first possible opportunity.

Shyly but critically, a leader of one of minor members of the governing coalition, Mr Goran Danilović, has let himself be heard. He said to the prime minister-designate that he could easily lose support.

Ms Marina Jočić from the Front joined the threats of Mr Danilović, who even rejoiced the sizzling Davidović-Krivokapić conflict. A circus altogether.

Thank you for following us. Share this text with your contacts. We’ll see you tomorrow at the same time. Have a nice afternoon! 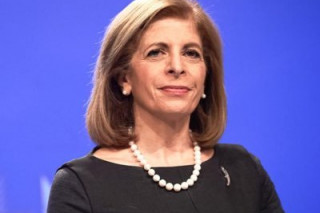 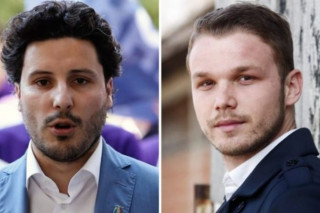 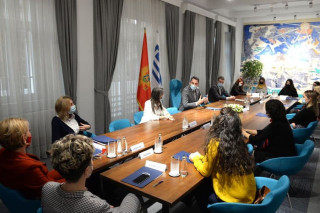