Day for the Elimination of Violence Against Women

Yesterday was International Day for the Elimination of Violence Against Women. Buildings of the Presidency of the Parliament were covered in lights to mark this day. Recent murder that took place in Berane reminded us of this problem that is still very present in our society. The fact that all political parties, NGO sector and diplomatic community have all called for raising awareness of this problem that bothers Montenegrin society is very encouraging.

Although we all claim that there are no minorities in the new majority, that’s not true. Montenegrin franchise of Zukorlić’s SPP found its place on Black and White coalition. Until recently partners of Front, they now want Diaspora administration and forest management, probably to exert their influence in Rožaje.

Digital and forensic center of the Atlantic association in Montenegro, has carried out excellent analysis about what “Serbian world” syntagm actually means. Religious procession in Montenegro and the movement that followed, were a wake-up call and promotion of this idea, following the model of the “Russian peace”, more serious and more structured idea of exerting Russian influence in the area of the former Soviet Union.

One of the starts of this movement is winner of the elections in Banja Luka, Mr Draško Stanivuković, who has denied Montenegrin nation for the second time in the media, denied genocide in Srebrenica and stood in defense of Mladić and Karadžić.

Mr Nebojša Medojević will not miss a day without sending his poison darts to prime minister-designate and new authorities. With a good point this time, that the government literally has support of only a few MPs.

Speaking of Mr Meodjević, his claim that the new government has indebted with IMF, in cooperation with the former government, was denied by Mr Duško Marković.

Although URA declined to tell the names of people who have been threatening Mr Abazović, DAN stated that it was someone from the clan led by Naser Keljmendi. Until identity of this person becomes known, the risk will be high, especially with speculations that can only provoke additional problems.

Representatives of Bosniak party have reacted to threats, claiming that such behavior is unacceptable.

Mr Miodrag Daka Davidović was a guest last night in TV show hosted by Mr Perica Đaković. In one part of the show, Mr Davidović claims that he and Mr Abazović have same ancestors. He also said that Mr Hajriz Brčvak had offered Mr Abazović €21 million. How cute.

Mr Dritan Abazović said goodbye to Diego Maradona in humorous style, comparing their hairstyles. However, this joke was criticized on social media, especially on Twitter, where the majority of users harshly reproached Mr Abazović for using “Maradona’s passing for self-promotion”. 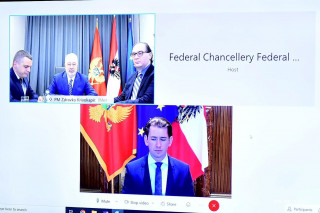 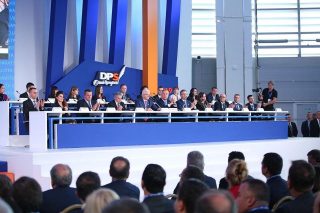 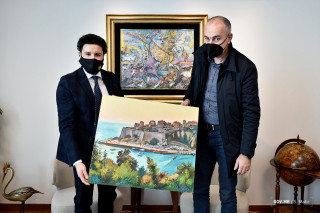