Hristo Grozev, a senior researcher of the Bulgarian organisation Risk Management Lab, accused Russian tycoon Konstantin Malofeev of being involved in the planned destabilisation of Montenegro. Grozev claims that Malofeev cooperated with the Russian Institute for Strategic Studies in making plans for destabilising Montenegro through both direct lobbying and recruitment of extremist groups to cause chaos in Montenegro, Pobjeda newspaper writes.

Grozev, who cooperates with several research centres in Europe, announced a report for the end of the week, presenting all details of the Russian institute and Malofeev’s engagement in 16 October developments.

“Shortly before the October elections, the Russian Spetsnaz special forces arrived in Banja Luka under the guise of a Cossack folk band, led by Konstantin Malofeev himself. One of the Serbian organisers of the developments in Montenegro was also in Banja Luka on the same occasion. We believe that these forces were used to recruit teams and for later developments in Montenegro,” Grozev told Pobjeda.

As a senior researcher of the Bulgarian organisation Risk Management Lab, Grozev deals with security issues. He cooperates with the British Bellingcat research network. He owns and operates national radio stations in the Netherlands and Ukraine. His work focuses on security threats associated with Russia.

Grozev said that the key organizers Eduard Shishmakov and Vladimir Popov were not in Banja Luka in October last year. They were in Belgrade and Moscow, where they manage the complete situation.

Apart form the information that Shishmakov was expelled from Poland after it was discovered that he was a spy, Grozev said that his institute found out that Popov had been in the Crimea in early 2014 and later in Moldova.

“We have contacts in the Moldovan secret service who promised us to provide a concrete answer about  Popov and Shishmakov next week. We await that information,” he said, adding that his research centre had clear evidence that Shishmakov is a GRU agent.

Grozev also commented on the role of the Russian Institute for Strategic Studies, which announced the scenario that was planned for Montenegro more than a year ago.

“At the beginning of 2016, Russian Institute of Strategic Research was preparing public for the developments that will happen in Montenegro later. We found that the person who was responsible for the Balkans, said on 25 January 2016 that he predicted that people would come out on the street and surround the Parliament building unless prime minister Milo Djukanovic resigned. He also said that the government would send police to shoot at them, thus pushing the country into chaos. It is almost a proof that they were involved in the preparation of those developments,” said Grozev, adding that the Russian tycoon and media mogul Malofeev was one of the financiers of the Institute for Strategic Studies.

Grozev went a step further and argued that one of the organisers of the group, and the current cooperative witness Aleksandar Sasa Sindjelic, recruited part of the people for terrorist attacks with the direct consent of the Russian Institute for Strategic Studies.

“According to our information, in September last year, when Sasa Sindjelic was in Moscow, people from the Russian Institute consulted him about the people in Serbia who could be extremists. Their names were later obtained from the hacked e-mails. They received several names, including members of the Montenegrin pro-Russian parties and the leader of a Serbian Chetnik group. This is the fact proving that the Institute, Malofeev and Sindjelic belonged to the one team,” said Grozev.

He said that Malofeev’s interference in political situation in Montenegro became clear as early as in 2014 after the focus of Russia’s foreign policy significantly shifted from the Ukraine to the Balkans.

“I was one of the first researchers who focused on Malofeev and I began to analyze his role in the Ukrainian scenario in 2014. Since then, I have followed those activities, and I saw that he shifted his focus from after Ukraine to the Balkans. But he did not perform his activities only in Serbia, Bosnia and Herzegovina, but also in Bulgaria, where he invested in the pro-Russian parties, telecommunication companies, and TV stations. Actually, he made a deal with the Kremlin to run Russian policy and strategy. And given all this, it became clear that he was involved in the case of Montenegro  too,” said Grozev.

Because of his position on Russia’s interfering in international relations, but also the internal affairs of other countries, Grozev was dubbed “anti-Russian mad dog” by the former president of the Russian Institute for Strategic Studies, Leonid Reshetnikov.

“Reshetnikov realised that we will publish this information in the report and he is trying to discredit the report in advance. I think he is extremely scared. This explains why he spent the ten minutes on a TV programme talking only about me,” Grozev said.

In the past two years, his TV Constantinople has led a strong campaign against Montenegro by supporting non-institutional activities and presenting the Democratic Front’s protests as a rebellion against the “dictatorial regime” in Montenegro.

At the beginning of last year, NOVA leader Andrija Mandic appeared on TV Constantinople and predicted conflict in Montenegro under “the North African scenario”. 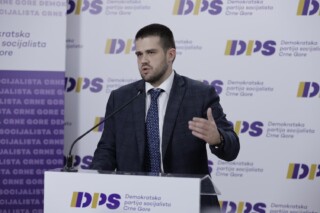 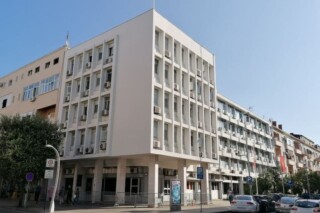 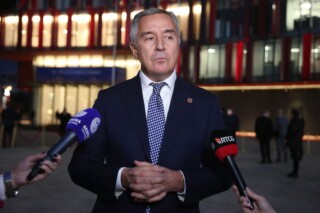 Djukanovic: Maybe now we can vote for the election of one judge of the Constitutional Court