Lekić, Mandić, Medojević and Milan Knežević are not my associates. They’re members of the opposition bloc. Do I like them? To be frank, not too much. As a matter of fact, not at all. But, they’re the opposition and I cannot compel people to vote for or against them. If they voted for the Democratic Front (DF), what can we do? – this is what the leader of the URA movement and the Black on White coalition, Mr Dritan Abazović, said at the session of the Ulcinj Municipal Assembly back in October 2017, as can be heard from a video footage published by CdM. Today we have a situation that the very same Mr Abazović has been working on setting up an ‘experts govt’ alongside Mr Miodrag Lekić, who’s taking part in the ‘Peace is Our Nation’ coalition, Mr Andrija Mandić, Mr Nebojša Medojević and Mr Milan Knežević.

Video footage shows the discussion in the Ulcinj Municipal Assembly when the DPS MP, Mr Luiđ Škrelja, reminded the URA MP, Mr Dritan Abazović, that he himself had told the deputy leader of the DPS, Mr Duško Marković, that the town of Ulcinj could be saved only if the DPS conquered power.

During the session, Mr Škrelja also reminded that Mr Abazović had first stated, back in 2014, that he just wanted to “topple the ruling DPS”!

“And you managed to do it. But in 2016, you used secret channels to visit Duško Marković and told him that Ulcinj can be saved only if the DPS conquered power again,” the video footage shared on social networks shows.

Mr Škrelja then commented on those “dirty jobs”, telling that he [Abazović] probably meant on the fact that he himself, being the chair of the parliamentary Administrative Committee, had signed decisions for their salaries even though they were boycotting the parliament at the time.

The fight continued. The DPS MP told Mr Abazović that his associates were Miodrag Lekić, as well as suspects for the 2016 terrorist attack, Mr Nebojša Medojević, Mr Milan Knežević and Mr Andrija Mandić.

“Those who cursed the Albanian mother are your associates now, who were accused of money laundering… these are all facts, as proceedings have been launched,” Mr Škrelja reminded.

Mr Abazović answered that they were not his allies, just a part of the opposition. 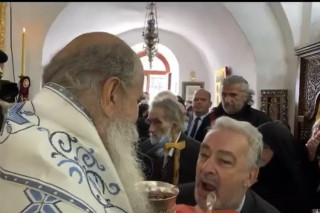 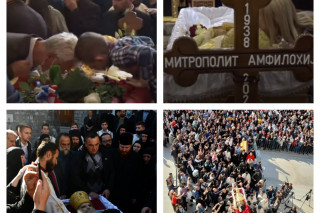 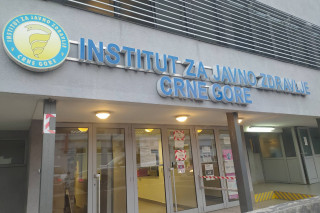