“Being aware that dissatisfaction of many citizens by situation in the country is justified, we decided to use all democratic means to fight for a better Montenegro. Now it is necessary to keep cool heads. We are convinced that there is enough wisdom in Montenegro to get out of the evident crisis in a peaceful and democratic manner,” these three political entities communicated.

The Democrats, the DEMOS and the URA pointed out that they would keep insisting on to the civil peace and stability because, as they said, those were the supreme values for which they stood.

“These values must not be undermined and jeopardised by anyone’s short-term party interests. Although we are aware that almost all democratic standards have been trampled numerous times for these quarter of a century, when it suited the interest of individuals and circles within and around the government which was established “on the street” and pushed citizens into poverty trampling their dignity, we are convinced that Montenegro needs to find a way out of the political, institutional, socio-economic, security and moral crisis in a democratic way, through free elections, “ it was stated in the release of these three political entities.

They added that their main goal and the driving force was a civil, prosperous, democratic and European Montenegro. They would never consider elections organised by the DPS to be fair and free, and would not, as they said, participate in elections according to the existing rules.

The Democrats, the DEMOS and the Civic Movement URA reminded that they were committed not to enter in any arrangements with the DPS either before or after the elections.

They urged the leaders of all relevant political parties to talk and agree on conditions for organising the first fair and free elections in the history of Montenegro in a reasonable time.

“It would not be the first time that such a consensus is reached out of institutions, i.e. through a democratic forum of all relevant political subjects. We require that representatives of the international community, primarily the EU with which Montenegro, as a candidate country for membership, is in the contractual relationship, mediate in this dialogue. The formation of a national unity government that would organise elections, would not mean stopping the integration of Montenegro into the EU or terminating implementation of other international obligations,” they said in the statement.

If the DPS rejects dialogue and if it is not willing to reach an agreement, the DEMOS, the URA and the Democratic-Montenegro said it would necessarily lead to the only remaining reaction by opposition forces – from the boycott of institutions to joint, coordinated, planned, democratic, mass and non-violent civic demonstrations, in joint action with unions, student organizations, representatives of civil society and other social associations.”

“We expect our friends in the international community, both from the East and the West, not to contribute to revival of old or create new divisions in Montenegro. Interests of citizens of Montenegro are the most important for us”, they concluded. 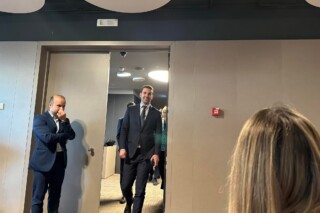 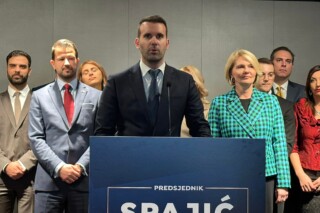 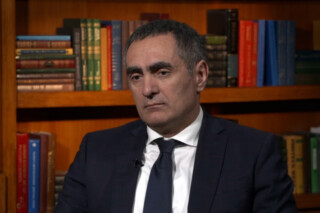