Tensions run high in the Old Royal Capital today. The police have fired tear gas at protesters this morning. Police sirens are heard across the town from the early hours of Sunday morning. On the order of PM Krivokapic, Veselin Veljovic was apprehended. Police dismantled all barricades, and Joanikije has been enthroned in Cetinje Monastery. Along with Patriarch Porfirije, he flew from the capital Podgorica to Cetinje by NATO military helicopter. After the enthronement ceremony finished, he left the town in the same way. 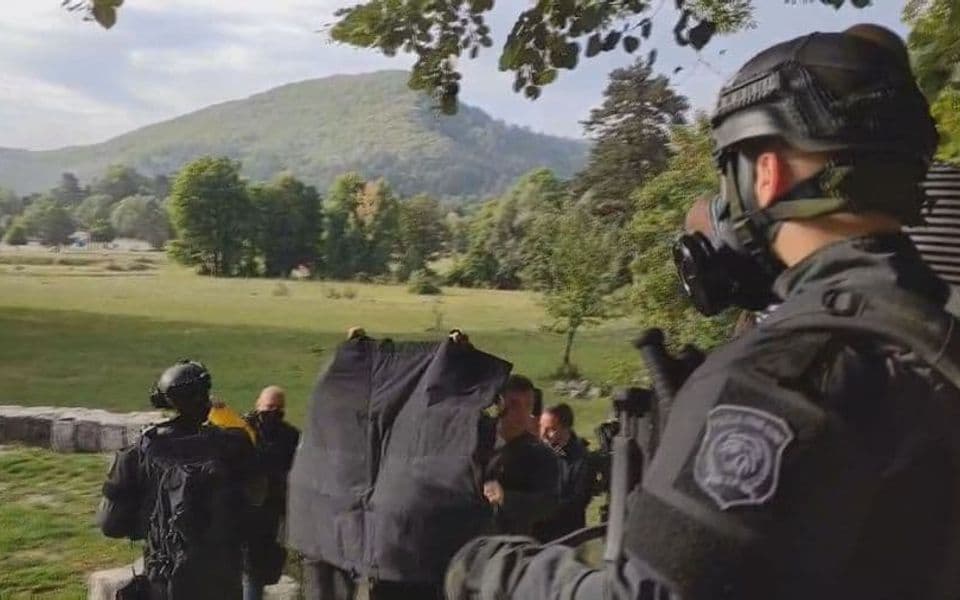 Police dismantled a barricade at Belveder, demonstrators left the scene. Tires were set on fire. Shots were heard before that.

CdM reporter on the scene in Cetinje says it’s impossible to stay in the streets of the Old Royal Capital having in mind the large amounts of tear gas the police had fired.

Prime Minister Zdravko Krivokapic ordered apprehension of the Advisor to the President of Montenegro and former Head of the National Police, Veselin Veljovic.

Police have dismantled several blockades on access roads to Cetinje except for the one at Belveder. Tires are burning at Belveder, citizens won’t back off.

Police urges all guests of the Gradska Kafana cafe to leave the facility. Officials of the opposition parties were in that cafe.

Patriarch of the Serbian Orthodox Church, SPC, Porfirije and Metropolitan of Montenegro and the Littoral Joanikije flew from Podgorica to Cetinje Monastery by helicopter. Police forces protect them.

According to latest data, more police forces come to Cetinje Monastery. The SPC clergy didn’t arrive in Cetinje. They headed to the Old Royal Capital but then returned to Podgorica.

Nearly 50 police officers arrived in Belveder and urged the protesters to go away. They ordered the citizens to dissolve, as they will be forced to take coercive control if they (citizens) disobey.

Police forces head to Cetinje aiming to pass through the blockade and transfer the SPC clergy to Cetinje Monastery. Citizens say they won’t allow it. 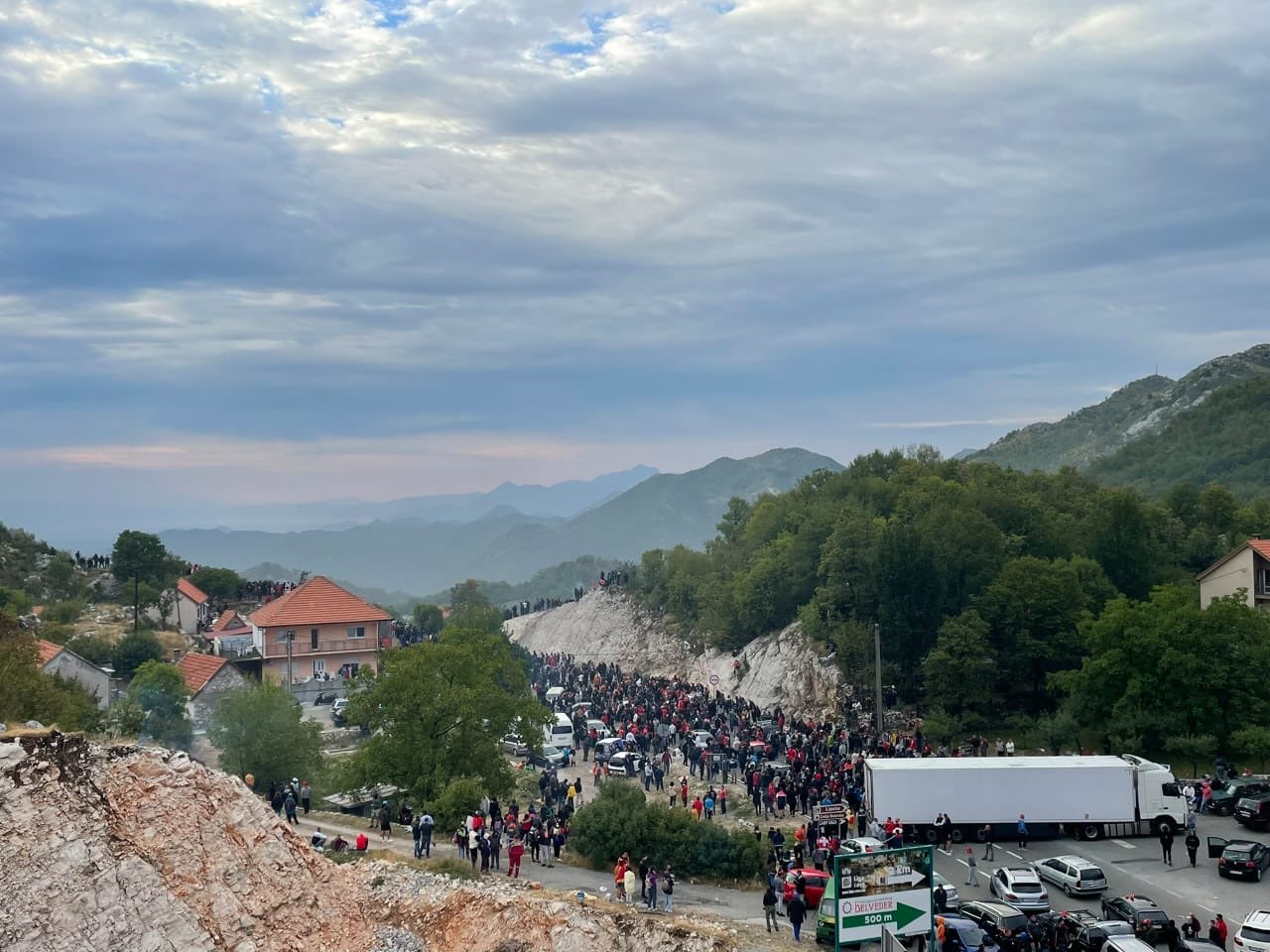 It’s unknown how the police fired tear gas earlier today. According to the unofficial information, several police officers at the square in front of the Castle of King Nikola reportedly lowered their shields and left the cordon. Their chief allegedly got angry and ordered firing tear gas at citizens who were calm with no legal grounds. Large amounts of tear gas were fired at peaceful protesters.

Even though the PM’s office stated that citizens had thrown Molotov cocktails, reporters at the scene told they didn’t see it. The DPS spokesperson, Milos Nikolic, claims the same. 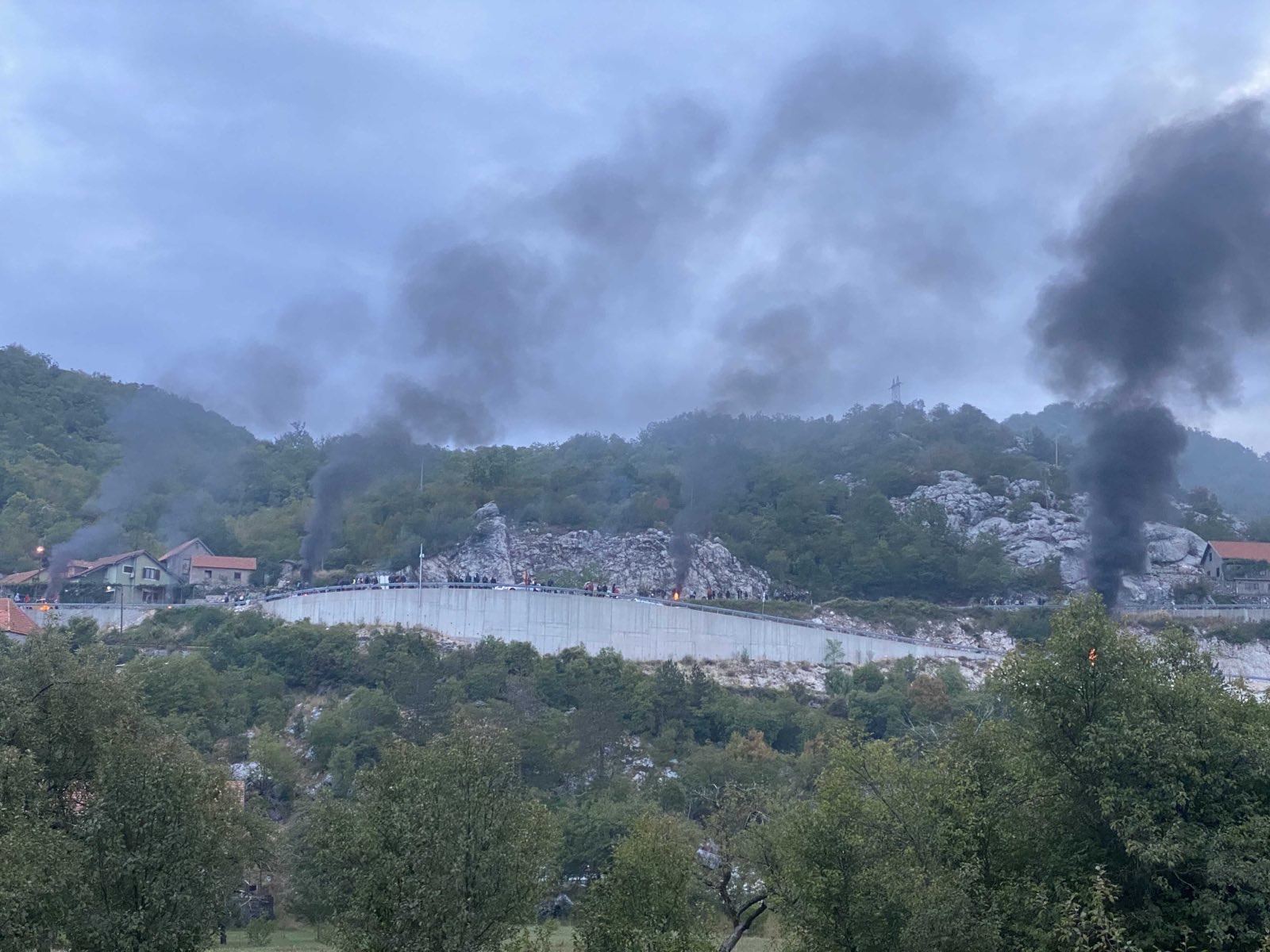 Police fired tear gas at citizens in the centre of Cetinje and near the Museum of King Nikola.

Citizens of Montenegro who spent the whole night at a blockade won’t give up and tell that Joanikije cannot be enthroned in Cetinje Monastery, adding that they won’t allow him and the Serbian Patriarch Porfirije to come to Cetinje. 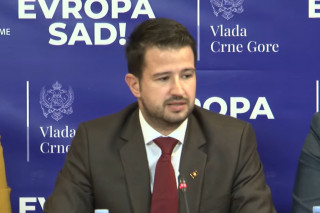 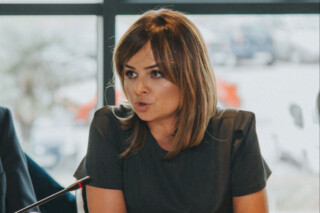 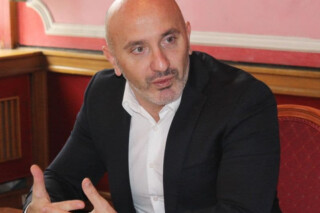