We expect to have first applications for the Montenegrin Citizenship by Investment Program (CIP) by the end of this year, while the Program itself will be fully in place in 2020, head of the Secretariat for Development Projects, Dejan Medojević, told in an interview with Dnevne Novine daily.

The Montenegro Citizenship by Investment Program started on 1 January 2019 and it will be limited to 2,000 investors over a 3-year period. According to Mr Medojević, there won’t be place neither for those working with dirty money nor persons of interests to the security services in this Program.

“On behalf of the Government of Montenegro, the Secretariat has launched the Citizenship Program. Prior to this, the Government had defined requirements that an investor must comply with in order to get the economic citizenship. This is not about the usual sale of passports but rather an important development project for Montenegro,” said Mr Medojević.

He reminded of the investment requirements, that is, EUR 100,000 donation in a Government Funds plus. “That money will be allocated to the less-developed local self-government units and will be spent primarily on infrastructure and facilities which will bring some value to the north of the country.”

On the selection procedure for the applicants, Mr Medojević explained that all of them will be first checked by the special mediation agents, then the international credentials agents and then auditors who will be checking whether the money is paid as was planned. Finally, when the Secretariat says that they (investors) have met all the requirements, Prime Minister Duško Marković is to send his proposal to the Ministry of Internal Affairs to put whatever controls it can in place, but, of course, in accordance with the Law on Citizenship.

“So, the final controls are to be taken by the Ministry of Internal Affairs and National Security Agency,” concluded Mr Medojević, adding that they will do everything they can “to grant citizenship to most suitable applicants, willing to invest in the development of Montenegro.” 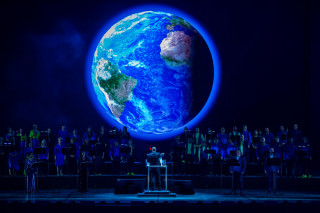 Number of visitors to Montenegrin Pavilion at Expo 2020 growing

Uljarevic: 58.9% of citizens against introduction of religious education, SPC and the Fundamental Agreement most recognizable topics