New Montenegro’s Minister of Foreign Affairs, Mr Đorđe Radulović, has chosen Germany for the first visit during his office. On the eve of the meeting with his German colleague Heiko Maas, he gave an interview to DW, in which stated that Montenegro wants to reset relations with Serbia.

– Here are the key moments from the interview-

Why did you choose Germany as the first country to visit as a Foreign Affairs Minister?

Đorđe Radulović: I think that there are numerous reasons why Germany should be the first country to be visited by every new Minister of Foreign Affairs of any WB country. It is the country that strongly supports the EU enlargement processes, and it has played the role of a promoter of new member states… By visiting Germany I believe to be sending a clear signal as to which direction our country wants to take, and it is the full-fledged EU membership. This is also an opportunity for us to thank Germany for their support on our way to the EU, and the support they give to the new Government in its efforts to implement reforms.

Do you expect any unpleasant questions regarding the latest developments in Montenegro during the meeting with Minister Maas?

Đorđe Radulović: If the Government could have done something better and differently, it has democratic capacities to listen to those who want to contribute to improvement. And Minister Maas is more than invited to make any suggestions and criticism.

Do you think that the disagreement between the new Montenegrin government and President Milo Đukanović will hinder the work of the government in the long run and cause instability in the country?

Đorđe Radulović: I hope that President Đukanović will give up any plans to further obstruct the work of the government, which could possibly lead to protests and destabilization.

Does this dynamic affect the internal affairs and relations with neighbors, especially with Serbia?

Đorđe Radulović: We have a “zero problem doctrine” with all the neighbors in the region which, as a region, may not be most grateful for promoting such a doctrine. Montenegro, even though not strong in economic or military terms, still wants to influence relations in the region by its example. This also applies to Serbia, with which we want to have the best relations based on the principle of two independent countries, mutual respect, and based on the principle of non-interference in internal affairs. And what is perhaps even more important, is that we want such relations to be systemic, so that regardless of who is in power, and even if the rulers do not agree on all issues, they should be close and cooperate.

And in that sense, the new government really wants to reset relations with Serbia and start from the beginning. That is why I sent an invitation to Serbia’s Foreign Affairs Minister, Mr Nikola Selaković, to come to Podgorica, and the Prime Minister Krivokapić did the same, by inviting the Serbian Prime Minister, Ms Ana Brnabić.

On this occasion, I also announce that the Macedonian Minister of Foreign Affairs, Mr Bujar Osmani, will be visiting us in a week.

You state full membership in the European Union as your main goal. But the EU is currently far from a new enlargement. Increasingly, WB countries are being offered alternatives to full membership, such as joining the European Economic Area (EEU), i.e. economic membership without political participation. How does Montenegro see such loud thinking?

Đorđe Radulović: Economic area is something we already have through bilateral agreements. Too much waiting could diminish the faith of our citizens in this European idea.

Membership in the European Union also means solving fundamental problems in the WB countries that strive for full membership. Where do you see the main problems in that part of Europe?

Đorđe Radulović: We must solve our mutual problems without the pressure of the European Union, and we should do that through constant dialogue. Talking about specific countries, I think that in the coming period we should focus on Bosnia and Herzegovina. All of us in the region should help B&H become as functional as possible and catch up with other countries when it comes to European integration. This requires a regional approach, but also the presence of the European Union.

Do you think that the institution of the Office of the High Representative for Bosnia and Herzegovina should be retained?

Đorđe Radulović: There are clear rules on when that institution should stop working. When B&H meets these criteria and becomes a functional state in the full sense, then its mandate should be terminated. But at this moment that is not the case. 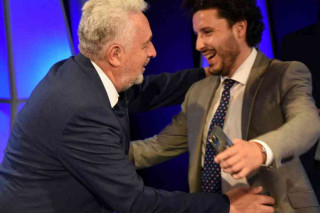 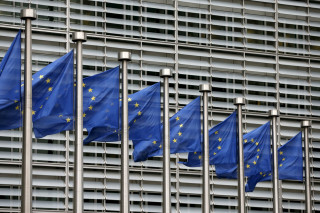 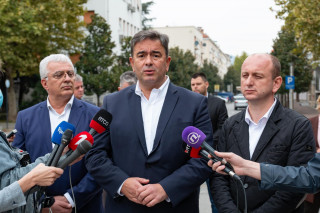