While Herceg Novi is flooded with alleged letters of the Deputy Prime Minister with abuse of the state coat of arms, he has said in an interview for Belgrade’s Danas that he thinks it would be best to sign the agreement between the Government of Montenegro and the Serbian Orthodox Church after the election of the metropolitan, since, as he remembers, that was the wish of Metropolitan Amfilohije Radović. Secularism and the exemplary civic politician.

Like I said the other day – the metropolitan position is being traded, and the power of political Belgrade will now be broken and weighed there. If Mr Aleksandar Vučić misses this important moment, official Podgorica, and the ruling coalition minus the DF, which is a potential ally of the Serbian nationalist opposition, can use this as an introduction to weakening Mr Vučić’s power in Serbia as well. In the game of power, everything is about the perception of power. If the opposition in the Serbian World proves that Mr Vučić‘s power is a myth, it can happen that processions are organised in his country as well.

That is why now Mr Nebojša Medojević and Serbian tabloids are forcing the story about how PM Krivokapić wants to separate the Metropolitanate from the Serbian Orthodox Church. Mr Medojević and others are well aware that it is impossible to do that and that this is not Mr Krivokapić‘s intention. This, I repeat, is just a game of nerves of two political groups in the Serbian World.

Mr Igor Perić analyzes for Pobjeda what the agreements with other religious communities looked like, and emphasizes the obligation for them to respect the territorial integrity of Montenegro. That is not the case with the Serbian Orthodox Church. People often forget that the Metropolitanate of Montenegro and the Littoral (MPC) itself has jurisdiction over less than half of the territory of our state.

Attack on church in Kotor?

An article appeared in the media yesterday about the alleged incident in Kotor with a detailed description of the alleged ugly scenes that took place in front of and around the church and about the inconveniences experienced by the family of the priest from that church. A local DPS official was accused of that, and the police allegedly intervened. The mentioned official denied the allegations, saying that he would not do such a thing in the church where he was baptized. This quickly rose to the national level, and the Prime Minister tweeted about the anti-Orthodox campaign, while the DPS headquarters reacted to the claims that their official was to blame for the event.

While controversies follow every step of founding a new airline, even now when we see that job advertising is repeated on a private site despite the annulment of the previous process by the Labor Inspectorate, Air Serbia is slowly but surely creating a monopoly on passenger air traffic over Montenegro. While flight prices are falling everywhere in the world, they are rising in our country. This is just one in a series of fears that the servility of our ruling majority and the aggressive behavior of Serbia could lead to a kind of “colonization” of our economy. There is talk of the alleged purchase of the airport, the purchase of the most watched television by Serbian state-owned companies, the takeover of Montenegro’s power supplier, EPCG, the Port of Bar and the like. When and if that happens, it will no longer matter who is in power in Montenegro.

Two thirds of Montenegrin citizens know someone who has participated in protests in the past few years and just as many believe that protests can change society. Although the prevailing view is that the police do not use excessive force, 53% of citizens believe that the authorities act selectively in relation to certain types and organizers of public gatherings. This was announced at the press conference of the Alternativa institute on the occasion of the presentation of the results of the public opinion poll on the freedom of public assembly in Montenegro.

Church-backed protests last year were a very powerful lever for political change in the country. Today’s patriotic convoys are exactly the answer and reaction to last year’s gatherings. More and more people believe that the extra-institutional struggle is the only way to achieve something, and here is the survey of the government-close Alternativa that speaks in favor of that.

The photo, published by CdM, shows the moment when the driver of the Government car, Mercedes E250, license plates PG – CG 014, passes through the intersection, even though the traffic light is red. The Government website states that this vehicle was borrowed by the Deputy Secretary General in the Government, Mr Nikola Kandić, but it is not known whether he was driving at the time. It is about the same official who is charged with causing a traffic accident from the other day in Podgorica. 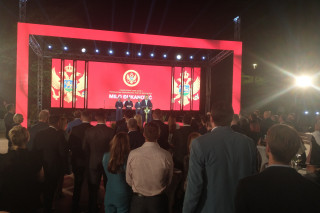 Djukanovic: We’re proud that we didn’t allow state survival to be called into question after change of government 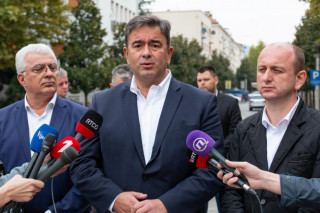 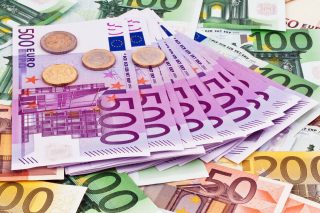 Banks increase fees and commissions due to loans and illiquidity