Ten to Eight – Montenegro and the Republic of Srpska

What the ministers are doing is touring the Serbian World, selling the story of touring the region. With an incidental visit a little farther, for now everything comes down to Belgrade, Banja Luka and Trebinje. Everyone, including Mr Bato Carević. The last travel orders were written to the Spajić-Milatović duo for Banja Luka, with another humiliation of Bosnia-Herzegovina, after the timid January congratulation of the Prime Minister for the so-called Republic of Srpska Day. On the sofa at Mr Milorad Dodik’s, the Montenegrin flag and the flag of the Republic of Srpska – as a dream about 2 entities of the future Greater Serbia, all under the guise of saving the season. Messrs. Milojko Spajić and Jakov Milatović also visited President Željka Cvijanović and some other ministers, hoping to improve relations between the “2 countries”. Humiliation, both for Montenegro and Bosnia-Herzegovina.

Mr Andrej Nikolaidis wrote for CdM on this topic of rapprochement and equalization of Montenegro with the Bosnian entity.

Over the weekend, the police released information through Vijesti that they had intercepted the conversation of the murderer Ašanin and thus discovered that the same man had also announced the murder of DPM Dritan Abazović. Pobjeda asks a logical question – Why didn’t they prevent the murder of Ašanin if they knew about it?

The Prime Minister was brilliant again during the PMQs. Apart from the fact that SDP MP Raško Konjević proved that Mr Krivokapić was a DPS official, the rest of the session was marked by the Prime Minister’s firm position to go further with the dismissal of Minister Vladimir Leposavić. This was criticized by most Government MPs, and Deputy Speaker of Parliament Strahinja Bulajić reacted sharply, blaming “Croat-Communism” for everything, and expressing support for Minister Leposavić, who “thinks like all of them”.

Foreign Minister Đorđe Radulović said last night as a guest on A1 TV that he tried to justify the statement of the Minister of Justice, Human and Minority Rights Vladimir Leposavić with international partners, saying that in his political inexperience he encountered “the cunning DPS which put him on thin ice”.

The Prime Minister also defended Vesna Bratić’s consultant who attacked Mr Nebojša Šofranac, and said that he wanted to apologize, although he was denied by the announcements from the minister’s office and the consultant himself, who continues to insult and make fun of Mr Šofranac on Facebook. The RTCG editorial board reacted to the minister’s cynical statement. The Media Council for Self-Regulation did the same.

The Prime Minister’s answers, the ministers’ inconsistency, the lack of coordination, their dilettantism and ignorance, harm the interests of the state, and they also instill great distrust among our external partners.

The Ministry of the Interior (MUP) announced yesterday that it would initiate the procedure of revoking over 2,000 citizenships. SDP MP Draginja Vuksanović Stanković asked Interior Minister Sergej Sekulović for information on activities undertaken by the Interior Ministry after the information that Finance and Social Welfare Minister Milojko Spajić and Justice Minister Vladimir Leposavić also have foreign citizenship, contrary to the law.

Not only because of the fact that there is a suspicion that they have dual citizenship, but also because their behavior harms the vital national interests of Montenegro, I decided to launch the initiative with the bodies of the 21. Maj Civic Initiative to revoke the citizenship of Mr Leposavić and Ms Vesna Bratić.

While our NATO allies are expelling Russian diplomats because of Russia’s aggressive behavior, and Russia is doing the same, our Government is still pretending to be dead and trying to flatter the Kremlin. However, the Kremlin does not believe in tears, and still does not respond to the outpourings of kindness and hospitality of our ministers, who also started tweeting in Russian. Flights from Russia are still on standby, and we don’t know how long this will last.

Information about the stay of the head of SNS Vranje, Mr Slaviša Bulatović, in Nikšić was published by the most read portal in Vranje – Info Vranjske, with subsequent claims that money from the account of a Vranje public company was paid into the account of the For the Future of Nikšić coalition, during the election in that city, which violated a number of both domestic and international laws.

That’s it for today. See you tomorrow at this same place. 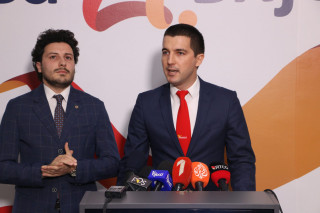 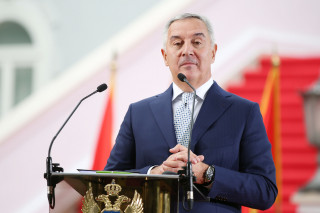 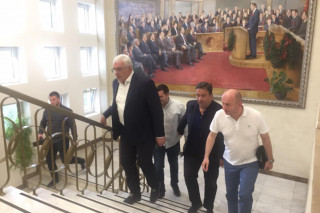