The Prime Minister has made it clear to us that he does not want to be a dictator (although, as he says, he can be if he wants to). But despite the lack of this desire, he, like the nineteenth-century monarch, addressed the “people” of Montenegro, the “good and proud” people, whom he addresses without using the more formal second-person pronoun. Many find this address problematic for several reasons, primarily because he addresses his “family”, “brothers and sisters”, his “comrades-in-arms” and thus consciously positions himself as the prime minister of a part of the citizens, the one that protested against him in the streets yesterday and the day before yesterday.

The dismissal of Minister Leposavić has caused the most serious political crisis of Mr Zdravko Krivokapić’s Government so far. In addition to the protests of the extreme elements of his coalition (which is not only made up of the DF, although many would like it to be so), there’s also a great deal of the Democrat voters, as well as the political support of the Prime Minister from the Serbian church. The Prime Minister was also fiercely criticized by the Serbian President, feeding the narrative that Mr Krivokapić “betrayed the Serbian people” and that he was a “follower of foreign embassies”, which is being pushed by Mr Vučić‘s tabloids these days. People from the Government are also encouraged to criticize the Prime Minister, such as the secretary of state who leaves together with the minister, so he doesn’t have much to lose.

Ms Suada Zoronjić, to whom the party threw hot potatoes, when Mr Filip Adžić fled the Parliament, this time clearly said that she would vote for Mr Leposavić’s dismissal. However, the Democrats will not vote, hiding behind the story that they will not be with the DPS. SDP MP Ivan Vujović asked them if they would do the same when the EU is voted on. The DPS also pointed out that they should not hide behind the DPS because some people from their ranks obviously flatter extremists.

The former deputy prime minister and justice minister Zoran Pažin said, after the Government determined the proposed Budget Law on 30 March, that the term of Mr Krivokapić‘s cabinet was terminated by force of the Constitution. You can read more about Mr Pažin‘s logic and arguments in support of this thesis here. Mr Pažin’s statement was followed by DPS MP Predrag Bošković who said that the representatives of the ruling majority confirmed it by submitting the budget proposal after the constitutional deadline.

“If we abolish money for culture, then what are we defending” is an excellent quote, which was falsely attributed to Churchill, who, according to a fictional story, thus responded to the request to reduce the costs for culture during the war. Never less funds have been proposed for culture than this year. Take a look at the visualization of the main budget expenditures made by the Alternative Institute through their “My Money” project.

Minister Mitrović is on tour in Serbia. He is the second minister staffed by the Serbian church in the Government who is visiting Serbia. Although his Ministry deals with spatial planning, ecology and urbanism, he met, among others, with Patriarch Porfirio in Serbia.

Mr Ilir Harasani, a close friend of Mr Dritan Abazović, and former councilor of URA in Ulcinj, who has been in the Municipality of Budva for the last couple of years since URA came to power in my city, has been appointed head of the Directorate for Inspection Affairs. Expertly, as much as it can be.

There will be no 2Montenegro though. Air Montenegro is the new name of the brand under which the airline’s planes will fly. This is what they say, and who knows what will happen because nothing is ever clear with this Government.

We have formed a serious think tank in Montenegro. Mr Boban Batrićević talked to Mr Darko Šuković in DRV yesterday about what the Democratic Alliance is and who it consists of.

That’s it for today. Enjoy the rest of the day. 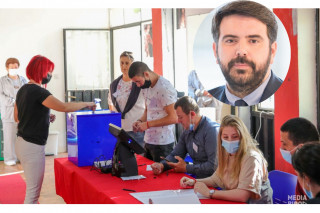 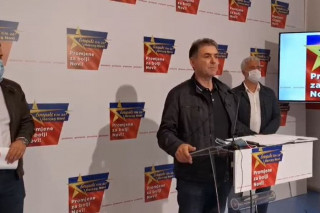 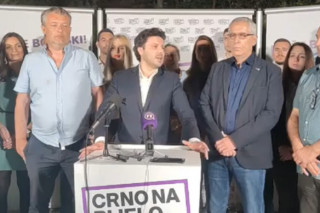