Imagine this title for a session of the parliamentary committee on defense and security. But having in mind its current composition and who leads our security sector, it is a success that the title is not “two brandies”. What happened at yesterday’s committee?

They talked about the arrest of the clan members, about Mr Abazović‘s attack on the court and the Prosecutor’s Office, about causing a traffic accident under the influence of alcohol. Minister Sergej Sekulović was brilliant with the latter – he literally stated that it was “only two beers”, not caring that a government official who was drunk could cause a tragedy that night.

A great deal of the committee meeting was dedicated to the story about the fight against clans, and all that story got the look of a reality show similar to those in Serbia. If we allow our public space to be poisoned by such topics, we will very soon get into the situation of getting our Marić and shows in which criminals who will romanticize the street are guests. Geotizing that space, and an uncompromising and principled fight against organized crime, is the only cure. I repeat what I have already said – if Mr Dritan Abazović‘s life is endangered, the whole society must stand by him, because organized crime and violence are the enemies of all of us. The situation mentioned by Mr Raško Konjević, in which the National Security Agency (ANB) is headed by a former clan lawyer, who publicly lied about his engagement, does not instill confidence in us that this fight is not just a show for the public.

Thanks to everyone who has been vaccinated so far. Thanks also to the health workers who fall off their feet. For the second day in a row, the number of vaccinated exceeds 10,000. Incredible success. After the initial shy results, this trend is encouraging. By vaccinating, we protect ourselves and others. Summer is coming, and a large number of tourists pose a great risk. Mass vaccination protects us in the long run.

I almost missed the news that the most prominent man of the Democratic Front (DF) in Herceg Novi, the speaker of the local parliament Miloš Bigović decided to support the Democrats in the elections, because, as he said, he did not want to participate in the radicalization of the political scene. This is a strong blow for the DF, which after this remains practically beheaded a few days before the elections. The war between the two coalitions continues. The Democrats’ billboard with the shameful inscription Hang Serbs on Willows was destroyed. Through the mouth of Mr Nebojša Medojević, the DF says that it is a matter of “self-harm”. The Democrats also found a video of a DF official with a controversial businessman Gugi, known for his participation in numerous Budva affairs. In a relaxed atmosphere, Gugi hosts Mandić and Knežević at the head of the table at Easter lunch.

Half of Bosnia and the whole of Montenegro

Al Jazeera used my statement yesterday as a title for the analysis of the statement of the Serbian Minister of Internal Affairs Aleksandar Vulin. I pointed out a few things: That although Mr Vulin acts as a circus performer, he is used to convey to the public the strategic directions of the Government of Serbia; that stories about the unification of all Serbs destabilize the region because they significantly contribute to the growth of tensions; that Montenegro is put in the function of implementing such a project with such a government,  no matter whether it is in opposition or in power at the central level of the Serbian World in Belgrade, because they are in power at the local level in the 27th constituency. In addition, I will remind you that you do not have to be in power to implement the strategy of Greater Serbia, and that the Serbian opposition had the largest number of volunteer paramilitary detachments on the battlefields throughout Yugoslavia in the 1990s.

The appointment of Mr Goran Svilanović as the chief advisor for EU integration speaks precisely about the fact that the Serbian World has more dimensions and more directions of action. There will be a lot of talk in the coming period about the role of Mr Svilanović in the process related to Prevlaka, as well as about the removal of evidence about Serbia’s direct participation in the story around Srebrenica, judging by the first reactions to this news.

While hiring external experts and special advisors such as in Berlin, our diplomacy is looking for more money. We don’t have diplomacy, and we haven’t had it for a long time – since the mandate of the last government, and I think it would be more meaningful to transfer NTO money so that we don’t suffer a lot.

Read the latest column by Mr Andrej Nikolaidis titled Tito Made Us More Expensive. We Turned Ourselves into a Flea Market.

That’s it for today. See you tomorrow at the same time. 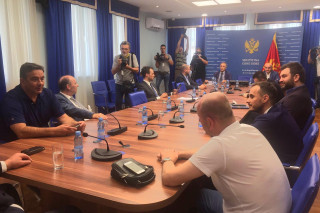 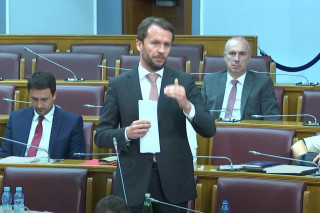 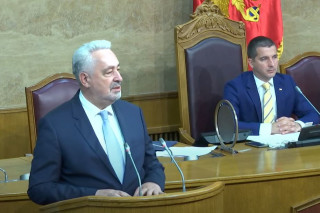