Communal Inspection of Nikšić has said that it won’t be like with the church on Rumija, but that the illegally displayed poster with Amfilohije’s image will be removed. The disputable tarpaulin with the mixture of threatening religious and political messages will be removed from the building no later than the beginning of the next week. The poster of “strife” has been fueling the fire in the Montenegrin society since it was displayed on 7 January, without the permission of the competent authorities and the Condominium Owners’ Committee.

As the secretary of the Secretariat for the Inspection Supervision in Nikšić, Ms Bojana Janjušević Vuković, has said in an announcement to CdM, the persons responsible for displaying the poster were, according to the procedures, given an order to remove it no later than by the end of this week. Should this not be done within the deadline, the competent services will do the removal.

CdM’s unofficial sources say that a small group of Nikšić dwellers is “protecting” the poster, but it is yet unknown who from. It is a hooligan culture of ultra-fans, who protect their team’s graffiti from the rival team. Ms Janjušević Vuković has said that the inspection has not yet gone to the field, which is why they do not have such information.

Here we have a clear arbitrariness of a group of citizens, whose intention is to provoke a public disturbance. On the other hand, it is yet to be seen if the competent city authorities will be assiduous in the implementation of the law that all illegally built facilities and objects must be removed.

However, regulations were not always really enforced. Even some 15 years after the Metropolitanate of Montenegro and the Littoral of the Serbian Orthodox Church placed a tin church on the top of Mount Rumija, this facility still stirs up controversy. Despite the fact that a decision on the removal of the tin facility was passed the same year when it was erected, this has not happened to date. 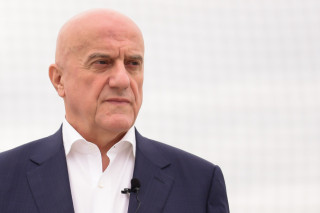 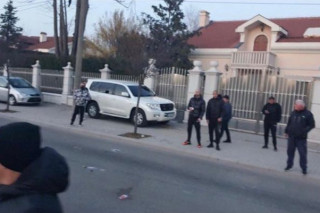 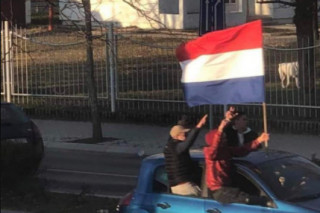