President of the Democratic Party and holder of Unanimously list, Mr Fatmir Đeka, said in the interview for Dan that they could be part of the new government.

Will you enter the new government? If the answer is no, why?

Mr Đeka: We said in the pre-election campaign that we want to be part of the government in order to realize our program objectives and keep promises we gave. However, we are not rushing to enter the government at all costs. We want to cooperate with everyone. Therefore, we believe it would be the best to support minority government of civil parties, whose cornerstone would be Black and White coalition and Democratic Montenegro.

I believe in that case Socialist Democratic Party would be part of the government. We think representatives if other minority parties that have MPs in the parliament would agree to enter that government. From 2014 to 2016, we were governing in Ulcinj, together with the part of Mr Dritan Abazović and our cooperation was very successful.

Do you intend to support elections in judiciary and adoption of laws?

Mr Đeka: That does not depend on us, we have only one MP out of 81 MPs. But we certainly want the entire system to function in line with the Constitution and Montenegrin laws.

What do you think about the agreement on the new government and first actions of the governing trio?

Mr Đeka: The agreement has shown readiness of its signatories to respect and accept reality. We appreciate and praise that, especially as far as Kosovo and NATO questions are concerned.

How will this agreement be implemented in practice remains to be seen. What is the most important thing now is preservation of multi-ethnic and inter-cultural harmony. That’s the most precious values and biggest capital of this country. Those who try to spoil that harmony should immediately be sanctioned. We must not allow anybody to feel vulnerable or suffer any form of violence.

Do you believe that the new government can take a step forward in EU integration?

Mr Đeka: I do, especially if pro-European parties of the new government deal with that question.

Will you cooperate with the new government even if you don’t enter it?

Mr Đeka: That form of cooperation would reflect in the fact that we will support proposals for laws and good staff solutions. We want political stability, we want this country to accelerate its European course, we want strong economic development. We are on this ship together and we want calm sea and peaceful and safe European harbor. Wherever we are, we assume certain level of responsibility. 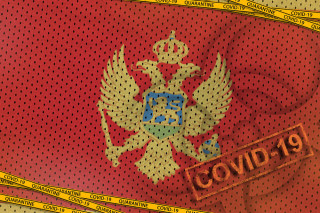 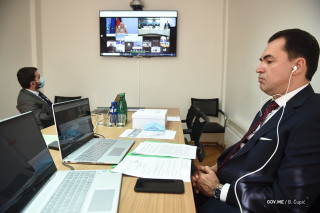 Pažin: Montenegro guarantees right to fair trial even in circumstances of the pandemic 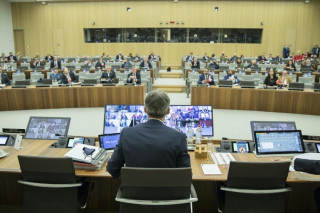 Bošković: Montenegro continues to fulfill its tasks within NATO agenda even in the circumstances of the pandemic