Pljevlja, which should be a symbol of Montenegro’s multiculturalism, just ahead and after the elections has been the place of the worst ethno-nationalist feasts feeding the ruling parties. The place of Čeko Dačević‘s uprising in the 1990s in front of the police station was again the scene of similar scenes. The ideological successors of these and such movements in the 1990s used the changes in the elections as an invitation letter to once again make fun of their neighbors of the Islamic faith. This time they are bothered by Haris because his name is Haris. The ruling parties, including the Democrats, first supported the protests and demands of the fascists, and later distanced themselves from their extremist calls. Probably some ecologists from Podgorica will resent me for calling these Chetniks, Chetniks as well. Of course, URA accused the former government and us who criticize them of this, turning a blind eye to the fact that a quarter of its voters think that the Chetniks are anti-fascists, while a third of them think that Montenegrins are not a separate nation.

The nationalist savagery in Pljevlja was condemned by almost all opposition parties and the 21. Maj Civic Initiative, as well as by the PEN Center. Reis Rifat Fejzić also condemned it the night before last night. The silence of institutions and the NGO sector is worrying.

Messrs. Abazović and Brđanin also criticized, but not wildly, as much as they do not like the fact that the street determines their staff. That street disguised in religious processions brought you to power, so I wouldn’t run into it too much.

Most of the work is still done by Ms Bratić and Mr Leposavić, but they are also followed by Minister Aleksandar Stijović, who participates in disguising extremists as humanitarian workers. Our country is full of associations, fraternities and clubs that continue to hide their extremism behind the mask of ecology, charity, solidarity and volunteering.

CdM deputy editor Aleksandra Obradović also talked to Mr Saša Zeković and analyzed the selective approach of the authorities when it comes to condemning attacks, insults and spreading hatred towards people and groups.

Radio Free Europe dealt with a non-transparent approach to signing the Fundamental Agreement with the Serbian Orthodox Church, and in conversations with various stakeholders, tried to find the answer behind this very vague and secret story. Pobjeda has mentioned that for now, the text of the document is only known to the Prime Minister and Minister of Justice Leposavić, the former chief legal adviser of the Serbian Church in Montenegro.

Mr Danilo Burzanović analyzed for CdM the narratives and hysteria that we hear these days about the debt to the Chinese. Read this sober view of the situation before you fall into the trap of sharing without thinking the apocalyptic scenarios of “taking away the Montenegrin coast” placed by irresponsible European politicians like Viola von Cramon.

The director of the Montenegro Stock Exchange, Ms Milena Vučinić, explained as a guest on RTCG what hysteria does to the securities market, and why it is important that responsible people do not act hysterically like Mr Abazović on the international scene.

Albanian List MP Genci Nimanbegu said yesterday that the Government’s announcement of amendments to the Law on Montenegrin Citizenship and initiating the procedure for changes to the Law on Registers of Permanent and Temporary Residence is primarily aimed at the Albanian diaspora and other minorities. He said at a press conference with Albanian Coalition MP Fatmir Đeka that they were against such proposals, which, if adopted, would create negative consequences in several aspects.

By merging 4 departments into one ministry, in a way, education, science, culture and sports are placed in lower priority activities, said yesterday for Drugačija Radio Stanica (Different Radio Station) the former minister of culture and professor at Faculty of Drama Arts Janko Ljumović. He added that this solution meant that each of those sectors was not of primary importance even at the Government level. You can watch this great conversation here.

Yesterday, Pobjeda gave an excellent analysis of the situation in the security sector under the leadership of Mr Dejan Vukšić.

That’s it for today. We wish you a pleasant rest of the day. 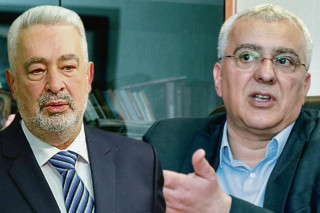 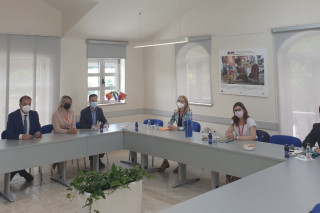 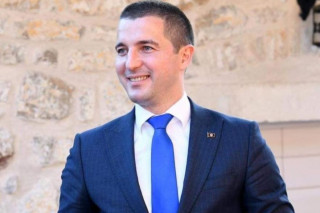