Recent announcements of the Ministry of Culture stating that it’s going to file charges against the organizers of the gatherings in Herceg Novi and Tuzi, where the events were held and symbols of the other countries were displayed without the Montenegrin national symbols, have stirred a wide-ranging discussion these days. The Minister of Human and Minority Rights, Mr Mehmed Zenka, said there was nothing wrong in the fact that only the Albanian flag was showed in Tuzi.

“I don’t see that any law was violated during the cultural event organized by the Albanian diaspora. It was a national event and the Albanian national flag was displayed,” Mr Zenka said.

He continued: “No one was insulting the state of Montenegro during the gathering in Tuzi and it’s inappropriate to compare this event with any other that denied all our values, i.e. the values of Montenegro.”

The DPS official, Mr Nikola Gegaj, did not want to comment on the events in Herceg Novi and Tuzi.

He briefly told CdM:” The position and mission of my party is to substantially contribute to the preservation of peace, strengthen the multi-ethnic harmony and tolerance in Montenegro and beyond its borders, even though we are living in quite turbulent times. It’s the key strength of the DPS. “

Deputy Parliament Speaker, Mr Genci Nimanbegu, announced meeting of the Albanian parties in order to discuss possible charges of the Ministry of Culture.

President of the Council for Civilian Control of Police Work, Mr Aleksandar Saša Zeković, said the solution should be sought only through dialogue not through charges and obtrusion. He told Pobjeda daily that our Constitution guarantees minority nations the right to select, use and publicly display the national symbols and celebrate the national holidays, which can be exercised individually or in association with other nations. 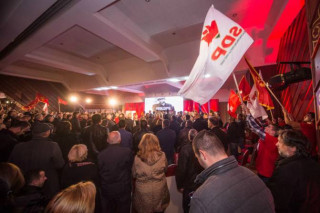 SDP Congress to be held on 29 November 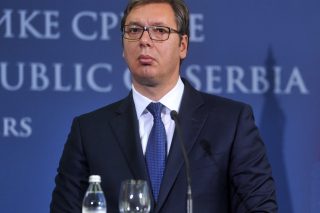 Marković: Montenegro stands by the friendly Turkish and Greek peoples