“The first time I came to Montenegro, I showed video footage about how we envision this project to Milo Djukanovic. The second time, ie today, we are here because we kept our promise and we can start installing the cable. Montenegro is the point, ie the hub in the Balkans, thanks to this very project. We are pleased and this is an opportunity to formally confirm that the works are developing as it is foreseen by the agreement. We will do our best to keep our promise and even accelerate the works”, Del Fante said.

Djukanovic said that by the beginning of the works, we entered into a new phase of strategic submarine power cable project which is being implemented by the Italian state-owned company Terna and Montenegro’s power grid operator, CGES.

“About 136km of the cable has already been installed from the Italian coast. The total cable length between Pescara in Italy and Jaz cape is 455km”, he said.

According to him, from the initial idea, through a ratified international agreement between Montenegro and Italy, this project in a few years has been accepted as a strategic interest not only of our two countries, but also of the Western Balkans and the EU.

“The cable is additionally important since it represents a generator of rapid energy development in the region, which paves the way for new Trans-Balkan energy corridor. It combines the interests of both the Energy Community and the Western Balkans countries. This is confirmed by the fact that the EU supported this project through Western Balkan Investment Framework with a €25m grant for constructing 400kV power line Pljevlja–Bajina Basta”, he said.

As Djukanovic added, the submarine cable project is also unique because of the exceptional technical challenges that are successfully overcome thanks to the strategic partner’s professional reputation.

The benefits of the submarine power cable project implementation which would connect Montenegro and the region with a strong and stable energy market of Italy and Europe are already evident, he said.

“The works from the converter station in Lastva Grbaljska to the Jaz cape require engaging over 500 people and more than 30 local companies. During the most challenging phase in implementing this part of the project, more than 200 people will be engaged on a daily basis. In addition to this section, there is a need for engaging local labour force and construction logistics on construction of Lastva power transmission substation, as well as along the 400kV transmission line from Lastva, via Cetinje, Niksic, Savnik, Zabljak and Pljevlja. It is expected that after the construction is completed, dozens of new highly skilled jobs would be needed only for maintaining and using the new part of the system”, he said.

What do we know about the submarine cable?

Electricity is to be generated in Pljevlja and exported to Italy;

The electricity will be transmitted through a 400kV power cable from Pljevlja to the Jaz cape;

The electricity will be transmitted through 6km long underground cable from the cape to the converter station in Kotor;

The electricity will be transmitted through 500kV submarine power cable from Lastva Grbaljska to Pescara;

The total cable length from Lastva Grbaljska to the Porto Nuovo beach, south of Pescara, will be 440km;

An optical telecommunication cable will be installed along with the energy cable.

How much do the transmission lines cost?

CGES (which Terna has a 22% share in) is obliged to build Lastva-Cevo-Pljevlja transmission line, including substation in Lastva.

Construction of the transmission line Lastva-Cevo will cost €28.5m;

Construction of the transmission line Cevo-Pljevlja will cost €39m;

The project is about €1bn worth.

The agreement on connecting Italy and Montenegro via the energy cable was signed in mid-November 2010.

Terna recapitalised CGES with over €34m and now it owns 22% of the shares in the company which is 55% state-owned.

Benefits for the two countries

Strengthening the role of the country as an energy exchange platform of the Balkans and the EU, enhancing integration into the European energy market;

Implementing the plan of strengthening national transmission network and coastal area which is visited by a lot of tourists;

Employing over 500 people and 30 local companies during the four year implementation period. About 200 people a day will be engaged at the construction sites during the most challenging activities.

Additional significance for the country’s role as a hub in the Mediterranean;

35 companies and 215 workers are engaged at the construction site. 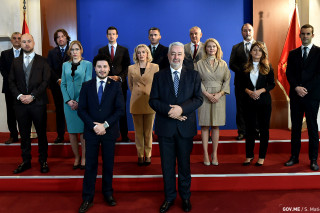 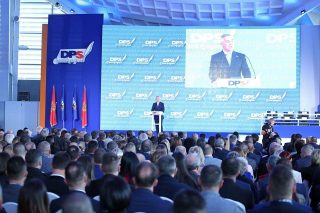 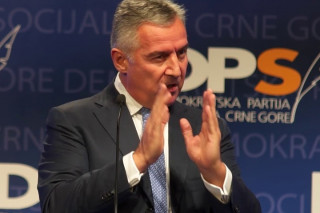 Đukanović: DPS Main Board will have over 60% of new people