Due to different approach and certain ideological differences with some members of the new government regarding important social issues in Montenegro, as well as their attitude towards minority nations, both in the recent past and current political programs, the Main Board of the Bosniak Party has decided that this party, under current circumstances, shouldn’t take part in the future government.

By making this decision, the Main Board of the Bosniak Party supported its commitment to remain as an independent and authentic political entity, a representative of the political interests of the Bosniak people and other citizens, the party said in a statement following the session held today.

The Bosniak Party, they added, remains committed to the principles of democracy, rule of law and democratic reforms.

They will closely monitor all future events in the country and back all positive reform-oriented processes.

“We’ll be partners in all future projects of the government aimed at social and economic improvement, as well as allies of all political forces focused on the well-being of a civil, multiethnic and European Montenegro.”

They can not ally with forces who do not seek to avoid repeat occurances of the war in the nineties of last century, nor the parties underpinned by religous entities who ridicule losses of Bosniak people, moreover religous groups directly liable for those losses.

Congratulations. Of course you will not join Serbian nationalists. 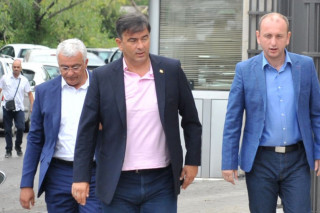 DF to the U.S. Ambassador: Does your administration support Krivokapić’s view?

CdM finds out: Vukićević will be president of the DPS board in Nikšić

Husović: Everything we have achieved since 2006 has been brought into question